The 2012 Annual General Meeting of the ISACA Macao Chapter and Annual Dinner was held on 17th January 2012 at Sek Sun Restaurant.  The evening started with an informal reception followed by the featured program and dinner.  The president of Macao Chpater 2011, Mr. Geoffroy Thonon, reported the highlights of chapter's significant works and activities in 2011.  The 2012 board of directors was also elected at the meeting.  The newly elected Chapter president, Mr. Jonathan Man, gave a speech.  With the participations of our members, the 2012 Annual General Meeting and Annual Dinner were held under the joyful atmosphere. 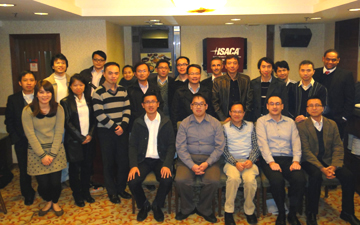 Group picture of 2012 board of directors and AGM participants. 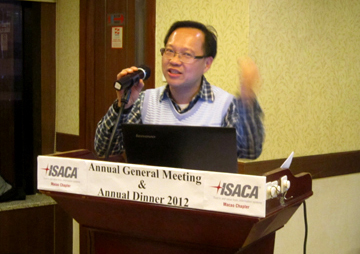 We have 119 guests and no members online